Rigging currency markets: The FX is in 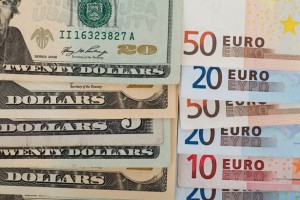 From The Economist  Oct 12th 2013 |From the print edition

Are foreign-exchange benchmarks the latest to be manipulated by bankers?

IT HAS been a dreadful couple of years for financial benchmarks. Banks turn out to have rigged LIBOR, an interest rate used to peg contracts worth trillions. Its equivalent in the world of derivatives, ISDAfix, has also come under question. Commodities prices from crude oil to platinum have been the subject of allegations and inquiries. Now prices in global currency markets, where turnover is $5 trillion a day, are being scrutinised by authorities, who suspect bankers have tampered with those too. . . . Read Complete Report

Category: Eyeballin' the One World Order / Tags: Rigging currency markets: The FX is in