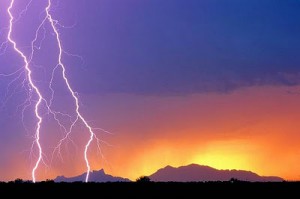 A proposed law in South Africa would theoretically punish anyone who makes a prediction about severe weather or air pollution with heavy fines or jail time if they did not first receive written permission from the government-funded South African Weather Service (SAWS).

As written, the South African Weather Service Amendment Bill would affect not just TV weathermen and online weather sites but also community-based weather services. First offenses would be punished with a fine or up to 5 million rand (about $630,000) or five years in jail. The fines and jail time would be doubled for subsequent offenses . . . Read complete report