Even Crack-Smoking Toronto Mayor Has Higher Approval Ratings Than Obama 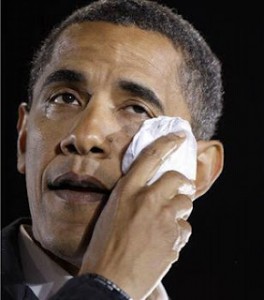 Toronto Mayor Rob Ford admitted to smoking crack cocaine, has been in “drunken stupors,” and was caught on camera in an expletive-laced rant. But he’s still having a better month than President Barack Obama.

Ford has the approval of 42 percent of 1,049 Toronto voters surveyed by Forum Research. The poll results, released on Friday, came as Ford saw most of his powers stripped by the city council in Canada’s largest city.

South of the border, Obama must wish he were doing that well. . . . Read Complete Report

Category: The Humor of it All / Tags: Approval Ratings, Even Crack-Smoking, Obama, Toronto Mayor