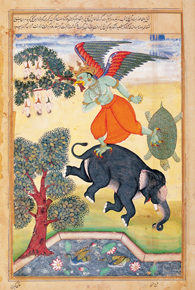 This is a case of big government and the “controllers” conspiring in ramming another bad idea through. It includes secret dealings, withheld critical information, ignoring public debate, and vulgar expenditures of public funds. And the conspiracy will live on, even after being discovered.

The Ivanpah Solar Electric Generating System, is a solar thermal power project in the California Mojave Desert, 40 miles (64 km) southwest of Las Vegas, with a planned gross capacity of 392 megawatts (MW).[4] It deploys 170,000 heliostats each with two mirrors focusing solar energy on boilers located on centralized solar power towers.[4] The project attracted some controversy because of its location on desert habitat considered by wildlife officials and environmentalists to be important for the threatened desert tortoise.[5] Unit 1 of the project was connected to the grid in September 2013 in an initial sync testing.[6] The facility formally opened on February 13, 2014.[1]

The project has been developed by BrightSource Energy and Bechtel.[7] The project cost $2.2 billion and the largest investor in the project is NRG Energy, a generating company based in Princeton, N.J., that has put in $300 million.[8] The project has received a $1.6 billion loan guarantee from the United States Department of Energy. The estimated construction costs for this CSP project ($5,561.00 per KW) fall between the construction costs for coal and nuclear power plants per Synapse Energy Economics.

A giant solar-power project officially opening this week in the California desert is the first of its kind, and may be among the last, in part because of growing evidence that the technology it uses is killing birds.

” Experts have estimated that electricity from giant solar projects will cost at least twice as much as electricity from conventional sources. But neither the utilities that have contracted to buy the power nor state regulators have disclosed what the price will be, only that it will be passed on to electricity customers.”

Read the Rest of the WSJ story HERE

“President Obama and the Department of Energy are committed to ensuring that all sources of energy are competitive in a carbon constrained economy,” Moniz continued, citing the more than $24 billion in loan guarantees the department has made for clean energy programs as well as the over $8 billion for fossil fuel projects that lower emissions.

“The Department of Energy provided the Ivanpah project with a $1.6 billion loan guarantee, which helped attract investors such as NGR Solar and Google, which invested $168 million,according to Peter Davidson, executive director of the DOE’s Loan Program Office.” SOURCE

(Google officially pulled out of the project in 2011)

(1) The order for the first turbine for Ivanpah was announced (by Siemens) on December 10, 2008

(2) Neither the State of California, the Bureau of Land Management, nor the US Department of Energy had yet approved the project as of July 2009 (SOURCE)

(3) DOE  (US Taxpayers) co-signed a US$ 1.6 Billion loan to make sure this plant was built, but zero money for maintenance (with 300,000 mirrors, 600,000 motors, and 600,000 jackscrew actuators, if the assumed 10,000 hours mean time between failures is accurate, then over the expected 30 year life of the facility, some 1,642,500 repairs will be required in the array fields alone, each repair will cost an average of at least several hundred dollars, paid by consumers). The federal taxes on the delivered power will eventually payback any failed loans, adding to the consumption cost.

(4) The facility will use as much as 60% of the power it produces, very similar to coal-fired plants

(5) Despite a Congressional investigation into the loan guarantee, no force seemed capable of stopping the “green stimulus” from securing tax-based funding to some of the largest corporations on two continents. (SOURCE)

(6) The California Energy Commission announced Monday that it would be blocking the construction of Brightsource’s proposed 500 MW Palen Solar Electric Generating System’s project, a concentrated solar power (CSP) project, the fourth such project Brightsource has attempted to construct, of which only the Ivanpah Solar Electric Generating System project has been developed.
Read more at cleantechnica.com/