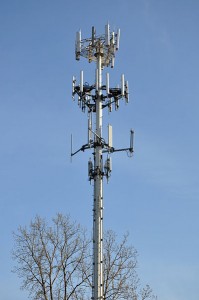 Infowars reporter Joe Biggs discovers a document hidden among hundreds of open source licenses on the Samsung Galaxy that admits the NSA is spying on you at all times through your cell phone.

The controversy around the NSA spying program is continuing to grow as new documents are coming to light. When NSA director, General Keith Alexander spoke before a security conference in Las Vegas, he faced hostility from the crowd