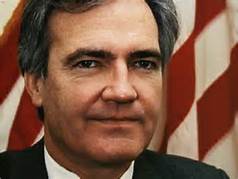 “When word got to President Trump that FBI Director James Comey dropped the ball on what should be a slam-dunk against the Clinton regime, he had all he could take. . . .

President Trump was so livid that he fired the FBI Director of Forensic Evidence on the spot and issued a final warning to Comey:

“Either put Crooked Hillary away for good or you’ll be the one looking for a new job.” . . . Read Complete Report

A old documentary exposing Bill and Hillary Clinton from the ‘Body Count’ possible murders to many other scandals, primarily the Vince Foster ‘suicide’ and how 60 Minutes tried to coverup the story.

HILLARY in HUGE TROUBLE: Autopsy Results From Vince Foster’s Exhumed Body – Cause Of Death To Be Changed.

We have presented this documentary several times since the late 1990’s and will continue presenting it from time to time until something is done about these crime families who have taken control of our country with their so called SHADOW GOVERNMENT AKA THE DEEP STATE. . . Your Editor Dennis Crenshaw

“A number of allegations have been written about and several local, state, and federal investigations have taken place related to the notion of the Mena Intermountain Municipal Airport as a CIA drop point in large scale cocaine trafficking beginning in the latter part of the 1980s. The topic has received some press coverage that has included allegations of awareness, participation and/or coverup involvement of figures such as future presidents Bill Clinton, George H. W. Bush, and George W. Bush, as well as future Florida Governor Jeb Bush and Saline County prosecutor Dan Harmon (who was convicted of numerous felonies including drug and racketeering charges in 1997). The Mena airport was also associated with Adler Berriman (Barry) Seal, an American drug smuggler and aircraft pilot who flew covert flights for the CIA and the Medellín Cartel.” -wikipedia