The sinking of the Titanic ~ A J.P. Morgan Conspiracy? 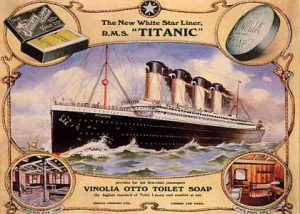 The sinking of the Titanic

BBC Archive from 1957 with Titanic Survivors

The Titanic was a British passenger liner that sank
in the North Atlantic Ocean on April 15, 1912,
after colliding with an iceberg during her maiden
voyage from Southampton, England to New Your City.
There were 1,514 people that drowned in one of the
deadliest peacetime maritime disasters in history.
Her passengers included some of the wealthiest people
in the world, as well as over one thousand immigrants
from Great Britain, Ireland, Scandinavia, and
elsewhere seeking a new life in America.
The Last Seven Survivors tell their amazing stories of how they escaped
death. At 2 o’clock in the morning on April 15, 1912,
“The Unsinkable Titanic” sunk. All seven surviors have since passed on.

Unarguably the best movie ever made about the sinking of the “unsinkable” Titanic. . . Your Editor Dennis Crenshaw