From The Third Reich to the Fourth ~ Jim Marrs 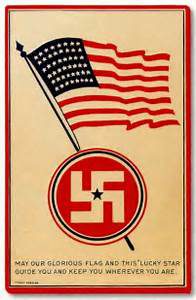 Your life is at risk! From the food we eat, the water we drink to the air we breathe, everything these days seems capable of killing us. Recently we have seen an unprecedented number of deaths due to medications for diseases that may not even exist, obscure cancers caused by our modern devices, and brutal police tactics. All a coincidence?

Many Americans, are frankly scared and anxious about the idea of having Donald Trump in the Oval Office. At the end of October, President elect Donald Trump spoke in Gettysburg, Pa., and released a plan for his first 100 days in office. His plan is to restore honesty and accountability, and bringing change to Washington, to secure the boarder, revise health care and renegotiate our trade agreements.

Is what the President Elect saying possible? Is it possible to turn the country around, get transparency in the government and get the US economy going again? Then there are the Trump detractors. How will their voice, actions and deeds interfere with what is coming up for this country? Is their agenda so great that they will tear down the country from the inside out?

The JFK Assassination on THEI

Next Sunday May 28, 2017: THEI Eyeballs The Resistors Part 7: Chuck Harder: For the People