Prelude to Waco: The War Against the Patriot Movement ~ Gordon Kalh ~ Randy Weaver 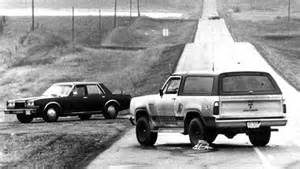 Prelude to Waco: The War against the Patriot Movement, Gordon Kalh; Randy Weaver 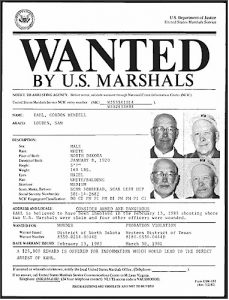 Photo Below: Weaver Cabin Layout on Ruby Ridge. Fair Use 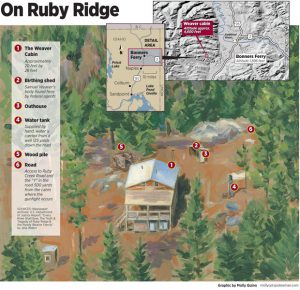 Ruby Ridge was the site of a deadly confrontation and siege in northern Idaho in 1992 between Randy Weaver, his family, his friend Kevin Harris, and agents of the United States Marshals Service and Federal Bureau of Investigation. The events resulted in the death of Weaver’s son Sammy, his wife Vicki, and their dog (Striker) as well as Deputy U.S. Marshal William Francis Degan.

Photo Below: This is the last photograph of Vicki Weaver before she was killed by an FBI sniper 22 Aug 1992 in the Ruby Ridge standoff. It was taken by USMS surveillance the morning of 21 Aug 1992 and was evidence at the subsequent trial. By U.S. Marshal Service – credited to Court Files, U.S. v Weaver in Walter “Ruby Ridge”. Regan 2002, Public Domain. 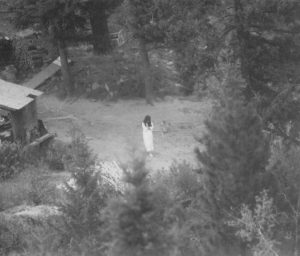 Waco: The War Against the Patriot Movement Continues

William “Bill” Cooper: The Last Casualty (Until Now at Least)