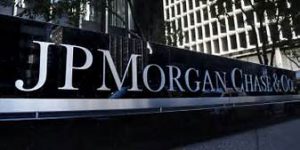 A lawsuit against JP Morgan-Chase — the nation’s largest bank — asserts that the institution paid off the $4,200,000,000 in mortgage forgiveness that it agreed to as a settlement for widescale mortgage and foreclosure fraud by committing a lot more mortgage fraud, in which homeowners, ethical lenders, and American cities were stuck with the bill.

The original settlement came from the Obama-era policy of not prosecuting finance executives for criminal acts, preferring to extract huge fines from the institutions.

In February 2012, JP Morgan-Chase agreed to pay $5.1B in restitution for its mortgage fraud, which included widescale foreclosures on people who were not even Morgan-Chase customers — the company forged documents that allowed them to seize random houses and sell them out from under their owners on the strength of “robo-signed” paperwork produced by sleazy boiler-rooms where untrained people rubberstamped paperwork after less than 3 seconds’ worth of scrutiny. . . . Read Complete Report