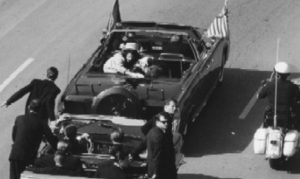 JFK FILES several FINDS including HIDDEN FILES in the ARCHIVE

recorded on channel UNIupRISING, our live recording channel… we look through the Zapruder file under the released JFK FILES and find several things that will be leaking out over the next few weeks.. at least im predicting this. the most relevant is the MARK LANE folders, 10 folders with the contents all taken from public view, even though these are supposed to be there for our viewing.

What You Need To Know About The Trump JFK Release

In this video, Luke Rudkowski of WeAreChange gives you the latest breaking news on Donald Trump decision on the release of the secret classified JFK documents. Which of course are mirrored with coverups even now as we go over some of the latest revelations that were just released. National Archives: https://www.archives.gov/press/press-…

JFK Assassination: LBJ Knew He Was About To Be Dropped! Dick Morris TV: Lunch ALERT!