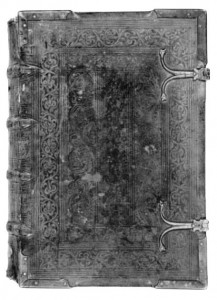 from My Occult Circle

This year a truly liminal book release is coming our way. Very little is known about the book so far as it has only recently been rediscovered. Yet the impact of its vast content could easily require us to rewrite some chapters in the history of Western Magic. Reason enough for us to take a brief sneak preview at the little we know about the book today…

The book is called the Summa Sacre Magice and has been compiled and redacted in 1346 by some Berengario Ganell (also known as Berengarius Ganellus in the latinized version). To begin with here are a couple of key points that explain why this release will be such an important contribution to the history of Western Magic . . . Read Complete Report