God Particle Is ‘Found’: Scientists At Cern Expected To Announce On Wednesday Higgs Boson Particle Has Been Discovered 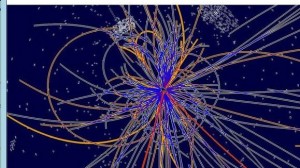 Scientists at Cern will announce that the elusive Higgs boson ‘God Particle’ has been found at a press conference next week, it is believed.

Five leading theoretical physicists have been invited to the event on Wednesday – sparking speculation that the particle has been discovered.

Scientists at the Large Hadron Collider are expected to say they are 99.99 per cent certain it has been found – which is known as ‘four sigma’ level. . . . Read Complete Report w/photos