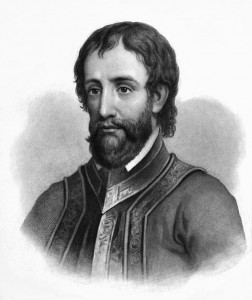 from The Daytona News-Journal

An archaeologist has found something rarer than the gold 16th century Spanish conquistador  was seeking in Florida: physical evidence of the explorer’s precise journey through Marion County en route to Tallahassee and points beyond.

The discovery is a game-changer for researchers, allowing De Soto maps to be redrawn and inspiring new archaeological digs.

A four-part series reported by one of The News-Journal’s sister papers, the Ocala Star-Banner, gives readers an insiders’ look into the world of the first European explorers of Florida’s interior, and the scientists who study that world. . . . Read Complete Report

Published on Mar 6, 2012 by BoysenBerryBear

Ha! I say! I finally got my files figured out. Here is the history project documentary we had to do which frustrated me to the edge of the cliff of sanity.