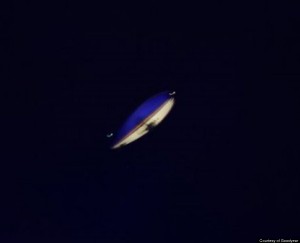 Well the UFO over the Olympics wasn’t comply fake . . . Editor

When a strange, milky-white object glided over the Olympics opening ceremony and was caught on video, there was chatter that this was the extraterrestrial visitation for which UFO researchers are constantly searching.

Now we know the truth behind the strange object spotted amid the pyrotechnics spectacle. It was Goodyear’s “Spirit of Safety” blimp. And a spokesman for the company tells HuffPost why the aircraft appeared so mysterious.

To put it simply, the Goodyear name wasn’t on the airship, even though it was illuminated the entire time. . . . Read Complete Report

Looks fake to me… but you decide. . . Editor

Beam me up, sporty! UFO spotted among fireworks at Olympics opening ceremony

As fireworks lit up the heavens above the Olympics opening ceremony, watched by around a billion people, something else was seen among the whizz-bangs in the night sky… a UFO.

It may have ticked all the cliche boxes – saucer-shaped, bulge in the middle, metallic – but no one has yet stepped forward to explain the slow-moving object.

The incident came right at the close of last Friday’s spectacular at the Olympic Park stadium in Stratford, east London at around 12.30am.

And it was just as Nick Pope, one of the UK’s top UFO experts, predicted only weeks ago – that mass summer events would be a prime time for crafts from other worlds to present themselves to mankind. . . . Read Complete Report

“The disc-shaped object is first seen entering the upper left portion of the video as the fireworks erupt over the stadium. The UFO — which appears to have a dome or bulge rising from its center — moves slowly across the sky as if deliberately observing the light-show spectacle below it.” . . . Text posted with video

Tony Blair and the ‘UFO cover-up’

Two weeks ago, it was revealed that former prime minister Tony Blair received a briefing about UFOs from the Ministry of Defence because of his concerns over the disclosure of classified information on alien life-forms.

Downing Street requested the advice for the PM in 1998 as the Freedom of Information Act was being introduced, which allowed the public to obtain information on alien mysteries. . . Read Complete Report