Voodoo in the News 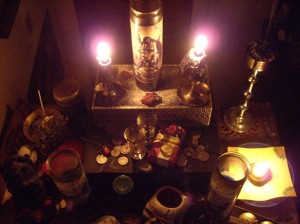 The girlfriend of the face-eating attacker who mauled off most of another man’s face said her boyfriend was either unknowingly drugged or placed under a voodoo curse.

Britain’s voodoo killers: This week a minister warned of a wave of child abuse and killings linked to witchcraft. Alarmist? This investigation suggests otherwise

They appeared to be upright and decent members of our society. She dressed smartly, and had worked for Marks & Spencer.

He drove a top-of-the-range Mercedes and spent his spare time coaching a local women’s football team.

But unbeknown to their neighbours and friends, this couple living in their suburban London flat led a terrifying secret life.

They practised African black magic or voodoo, and on Christmas Day in 2010 they murdered a teenage boy in the belief he was a witch. . . Read Complete Report