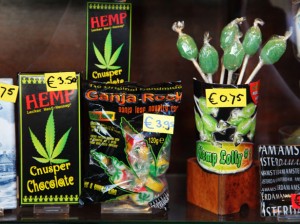 Aug 25 (Reuters) – Campaigns to become the first U.S. states to legalize marijuana for recreational use in Washington and Colorado have raised $3 million ahead of a November vote, far outpacing the opposition.

Proponents of pot legalization in Washington state have raised nearly $2 million since the initiative qualified for the ballot in January, and about $1 million in Colorado since its measure earned a place on the ballot the following month, according to the most recent state campaign figures. . . . Read Complete Report

Colorado May Legalize Marijuana with Amendment 64

READ DESCRIPTION! 2012 is shaping up to be a crazy year in pot reform, as two states are trying to legalize some aspects of Marijuana use which have never been successfully legalized to this extent in the US before. Washington with Initiative 502 and Colorado with Amendment 64. Today we’ll be discussing Colorado’s Initiative, which I feel is closer to outright legalization than Washington’s proposal and we’ll be discussing the odds it will pass.