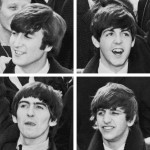 As any of our regular insiders know the history the Controllers historians leave us with as fact is not always the way things REALLY were. Here is a great example of that.

The year is 3000. The one government controlled television network is presenting a special report on the history of a musical group quite popular in the 20th century. Enjoy! . . . EDITOR

1000 years in the future, the legacy of John, Paul, Greg, and Scottie remains.

Category: Distractions, The Humor of it All / Tags: 3000, Historians, The Beatles, work

Debt Cancellation in Mesopotamia and Egypt from 3000 to 1000 BC

Photo: Famous relief from the Old Babylonian period (now in the British museum) called the “Burney relief” or “Queen of the Night relief”. The depicted figure could be an aspect of the goddess Ishtar, Mesopotamian goddess of sexual love and war. However, her bird-feet and accompanying owls have suggested to some a connection with Lilitu (called Lilith in the Bible), though seemingly not the usual demonic Lilitu.  CREDIT Manuel Parada López de Corselas SOURCE Wikimedia Commons (Public Domain)

We must pierce the smoke-screen of creditors and re-establish the historical truth. Repeated and generalised debt cancellation has occurred throughout history.

The Hammurabi Code is in the Louvre Museum, in Paris. The term “code” is inappropriate, because what Hammurabi left us is a set of rules and judgements on relations between public authorities and citizens. Hammurabi began his 42-year reign as “king” of Babylon (located in present-day Iraq), in 1792 BC. What most history books fail to mention is that, like other governors of the City-State of Mesopotamia, Hammurabi proclaimed the official cancellation of citizens’ debts owed to the government, high-ranking officials, and dignitaries. The so-called Hammurabi Code is thought to date back to 1762 BC. Its epilogue proclaims that “the powerful may not oppress the weak; the law must protect widows and orphans (…) in order to bring justice to the oppressed”. The many ancient documents deciphered from cuneiform script have enabled historians to establish beyond any doubt that four general cancellations took place during Hammurabi’s reign, in 1792, 1780, 1771, and 1762 BC. . . . Read Complete Report