A Message from King Yup the Subtle of XKCD

I have recently and quite accidentally become acquainted with an amazing on-line / web comic, XKCD. Few folks who don’t themselves maintain a web comic can come close to realization of how much work is involved, how much one’s creativity is strained, how many milkshakes it takes to power great art. Ummm, well, yes, occasionally there really is great art in web comics. Yes, that’s hard to imagine in a comic where all the characters are stick figures. But these folks pull it off and do so with some of the deepest humor the modern world can offer. Or is that “odifer”? But most poignant of the humor on the site is the pop-up “comments” when you mouse over the comic panel, which, sadly, doesn’t work when I embed the comic here…
So, you need to go to XKCD your own damn self and check it out.

The Humor of it All: Car Alarm Symphony (VIDEO) 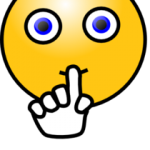 Published on Jun 4, 2012 by ImprovEverywhere

Category: The Humor of it All / Tags: car alarm symphony, humor
Site built and maintained by Possum Holler Studios