It’s even worse that we previously thought. A retired four-star admiral is now claiming that Barack Obama intentionally conspired with America’s enemies to stage a bogus attack and the kidnapping of an American ambassador so he could “negotiate” the release of a“hostage” and bolster his mediocre approval ratings just prior to the election?

The Washington Examiner, quoting retired Four-Star Admiral James Lyons, writes: “[T]he attack on the American Consulate in Benghazi… was the result of a bungled abduction attempt…. the first stage of an international prisoner exchange… [that] would have ensured the release of Omar Abdel Rahman, the ‘Blind Sheik’…” , , , Read Complete Report

In a special report, Bret Baier shows the full timeline of what happened before, during, and after the Benghazi terrorist attack. The report suggests not only a White House cover-up, but also a serious miscalculation when it comes to multiple denied requests for additional security prior to the 9/11/2012 attack at the Benghazi compound.

My View . . Read Complete Report Uploaded with the video . 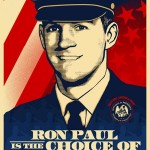 This is all part of the Conspiracy to get Ron Paul off the ballot. We will be following this miscarriage of one man’s freedom to work towards running for office unhindered on THEI until the controlled election is over. . . EDITOR

It has come to our attention that a partisan political march targeting
military personnel is being organized for February 20, 2012. See link
below:

The directive is a lawful general regulation. Violations of paragraphs 4.1.
through 4.5. of the Directive by persons subject to the Uniform Code of
Military Justice are punishable under Article 92, “Failure to Obey Order or
Regulation.”

In addition, DODI 1334.01, paragraph 3.1.2 prohibits the wearing of the
uniform by members of the armed forces (including retired members and
members of reserve components) during or in connection with political
activities.

You may wish to advise your command regarding this particular event because
of the apparent solicitation of active duty personnel.