from the Underground Construction Association

UCA of SME Announces New Scholarship!
The UCA of SME is pleased to announce a new scholarship – the UCA of SME Scholarship – that has been established to encourage the introduction of undergraduate and graduate academic pursuits and careersin the field of tunneling and underground construction and numerous associated disciplines involved in the development, planning, design, and construction of underground infrastructure.

Beginning in 2011, the UCA of SME Scholarship will be awarded annually to one or more promising college students who desire to develop their skills in tunneling and underground mining.  Up to $10,000 in scholarships may be awarded each year.  The recipient(s) will be announced each spring in anticipation of the next academic year, and the scholarship(s) will be presented at either the North American Tunneling or Rapid Excavation Tunnel Conference held in June of each year.

For more information or to apply for the UCA of SME Scholarship, click here  http://uca.smenet.org/scholarships/ 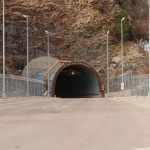