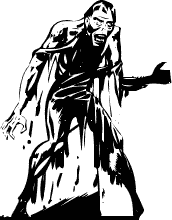 TEMECULA, Calif., April 10 (UPI) — Authorities in California said a man accused of crashing a stolen truck loaded with strawberries on an interstate said he was being chased by zombies.

The California Highway Patrol said Jerimiah Hartline, 19, of Tennessee stole the semi from a weigh station on Interstate 15 in Rainbow around 6 p.m. Saturday and drove it to Temecula, where he collided with a Toyota Tacoma that in turn struck a Toyota 4-Runner and a Mercedes, The (Riverside) Press-Enterprise reported Wednesday. . . . Read Complete Report