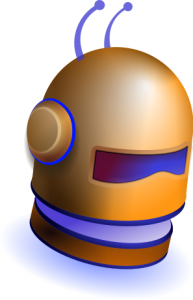 A Japanese inventor created a giant, Mech-like robot controlled from within. The machine, called Kuratas, stands thirteen feet tall and is capable of speeds of up to six miles per hour. (November 28, 2012) . . . Posted with video on youtube

Bad Idea: Giving a Razor-Sharp Knife to a Robot

The Korean Institute of Science and Technology had the very good (read “terrible”) idea of giving a very sharp kitchen knife to a robot and teaching it how to use it.  . . . Read Complete Report