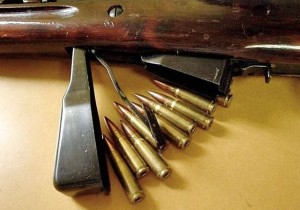 The media have been reporting a national ammo shortage for the past few months. Manufacturers are having a hard time keeping up with demand. The reasons for such shortages might be obvious to us, but some actually think that we’re to blame. And I’m sure they’d blame Bush while they’re at it.

Salon recently posted an article about ammo shortages and how police departments around the country are suffering because ammunition supplies are running out. They’re having to cut back on training and limit the number of rounds they carry around in their firearms. And who is to blame? The “gun nuts,” of course. . . . Read Complete Report

This is a video about Homeland Security buying up all the ammo in the US.