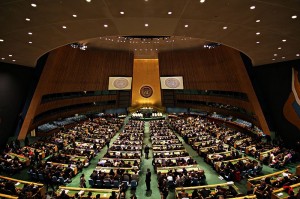 As we all know, in order to have the “perfect” communist utopia (otherwise known as the new world order), the population will have to be controlled in order to make it sustainable. I will now list a few things that are being pushed not only by the United Nations, but by our own liberal/communists who serve in very high government posts.

First, and the most obvious, abortion and free birth control. A population cannot grow with these things being readily available. . . . Read Complete Report

This clip is taken from a documentary called Maafa 21, it’s a history of modern eugenics and population control. In this clip you hear the actual voice of Richard Nixon candidly speaking about population reduction and the elite superclass that controls the effort.