Retro: Michelle Obama’s “All this for a damn flag” (Video) 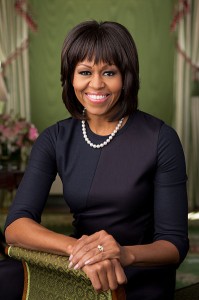 Photo: Obama standing by quietly while others on the stage salute the flag while our Nation Anthem is being played. Using this photo, it’s easy to explain his wife’s. words in the video. The fact of the matter is this “first couple” are Socialists and totally against the American way of life.

Yes, folks, that is what she said, according to an instructor at a School for the Deaf and Blind who watched the video. The video is shown at normal speed, 3/4 speed, and 1/2 speed with no banners obstructing her lips