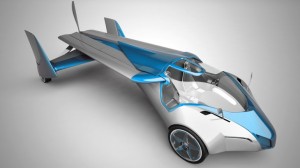 Featured Image: Aeromobil Version 2.5, a flying car prototype from Stefan Klein, a designer from the Slovak Republic. The wings fold back to make the flying car fit on the roadways. It also runs on automotive gas (Photo: Aeromobile) SOURCE: GizMag.com

There is a saying in flying: “If it looks good, it will fly well.” Stefan Klein, a designer from the Slovak Republic, has announced the first flight of his Aeromobil Version 2.5, a flying car prototype he has been developing over the last 20 years. This vehicle is a strikingly beautiful  design with folding wings and a propeller in the tail. But will its flight capabilities match its looks? . . . Read Complete Report