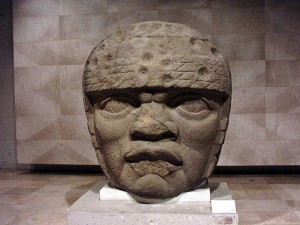 A recent podcast about hidden history and some hypothesis regarding precolumbian transatlantic commerce and colonization. Rick Osmon appeared on “Expanded Perspectives” to discuss his research into who might have left behind various ancient works in North America (and a few other places). Also, why is such research so controversial?

Is there a deeply rooted and concerted effort to suppress some evidence of ancient colonization from the Old World in North America? Is the US following suit of previous regimes to hide something that would impact the “legal status” of US sovereignty? Some of the sites were ideal terrain for military emplacements and were described as such by 18th and 19th antiquarians, but today’s crop of anthropologists and archaeologists totally ignore the militant aspects in favor of “ceremonial” descriptions. Is there some secret they simply can’t afford to let loose?