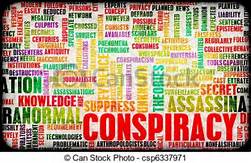 Anyone interested in what has been going on in our Shadow Government and the movement towards a New World Order should start with Mae Brussels radio reports starting in 1971 until her untimely death in 1988.  If you never heard of Mae Brussel you will be flabbergasted as you listen to her radio programs.

Her understanding and ability to take the current news of the times, combine it with her many years of research into the Shadow Government and the NWO, and show the connections is astounding. The work of Mae Brussel is where the education of today’s  American’s Patriots and the movement really started. . . Your Editor Dennis Crenshaw.

Mae Brussell (May 29, 1922 – October 3, 1988)
Excerpts
“Without a doubt Mae Brussell stands as one of the premier researcher and investigative journalists. She can be accurately described as one of the forerunners of what is now accepted commonly as citizen journalism in the current blogging world…
“…In November of 1963, President John F. Kennedy was assassinated and this was the catalyst that propelled Mae into her career in investigation of conspiratorial events and personalities. She began this journey by purchasing the 26 volume set of Warren Commission documents where she patterns, interconnections and (connects with) vast other gross criminalities. . . .” Read Complete Report

Incensed by the lies told to the American public about the assassination of John F. Kennedy, Mae Brussell transformed from an ordinary Beverly Hills housewife to a voracious researcher and tenacious broadcaster. Overcoming the incredulity of the public, the prejudices of her peers, and death threats from the establishment, Mae took to the Santa Cruz airwaves in 1971 to inform the public about the real powers behind the throne and didn’t stop researching, writing or broadcasting until her untimely death in 1988. Join us today on The Corbett Report as we shine a spotlight on the life and work of Mae Brussell.

In June 1971, after 7 years of research and now living in Carmel, California, Mae appeared as a guest on KLRB, a local FM radio station independently owned by Mr. and Mrs. Bob and Gloria Barron. Mae discussed her views on political assassinations and the New York Times release of the Pentagon Papers. The response was so good Mae became a regular weekly guest and before too long had her own show,Dialogue: Assassination.(She later changed the name to Dialogue:Conspiracy and then to World Watchers International)

The above is just a small sampling of the many conspiracies and information that Ms Brussell documented in her many years of trying to wake up our citizens to the nefarious plans and the criminal element of secret societies and NWO minded officials and what they are silently doing in their steady movement towards the overthrow and destruction of our constitutional freedoms.

Below is a link to many more of Mae Brussell’s important radio programs.  I urge you to spend some time listening to this important information. . . Your Editor Dennis Crenshaw

Anthony C. Sutton is the author of 26 books dealing with the controllers, their roots and Secret Societies. His books include the first world wide exposure of Yale’s Skull and Bones and their takeover of ALL of higher education in the United States. (How The Order Controls Education).  His research and documentation is indisputable

Articles by and about Mae Brussell