Get Ready, Get Set, Duck! 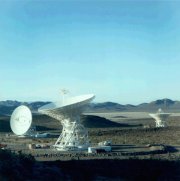 Time to Trade in Your Tinfoil Hat for a Crash Helmet?

CONGESTED INTERSECTION: Ranging in size from microscopic space dust to mountainous asteroids, trillions of meteoroids zing through the inner solar system on a daily basis. What are the odds that five of them would cross the same point in space? Pretty good, actually. In fact, it happened just last night. Regard the following orbit diagram, then read on for an expanation:

These are the orbits of five objects that hit Earth on the night of Dec. 7/8. NASA’s All Sky Fireball Network recorded the meteoroids as they disintegrated in the atmosphere over the United States, each one producing a bright fireball. Note how all the orbits converge on a single point–our planet.

Every night the network’s cameras scan the skies over the United States, forming an inventory of what hits the atmosphere. Combining images from multiple cameras, network software rapidly calculates the basic parameters of each interloper: orbit, speed, disintegration height, and more. At the moment, cameras are located in only four states (New Mexico, Alabama, Georgia, Tennessee), but the network is expanding to provide even better coverage. Soon we’ll see just how congested our intersection in space really is. Stay tuned.

And now a word from…well, me.

Space stuff falls into our atmosphere all the time. I mean ALL the time. These five objects were different in that they were much bigger than the average mote of dust that makes a “normal” shooting star. However, none of them were large enough to actually survive the trip to the surface of our planet. It typically takes something at least the weight of a five gallon bucket full of water to stand a chance of making a crater after fully traversing the atmosphere. And there are plenty of those out there. I was fortunate enough to witness such an awesome event in 1979.

(Exitmundi) Actually, it literally rained Big One’s on our little planet. As recently as January 2002, geologists discovered a huge impact crater out of the Australian coast: no less than 120 kilometers wide. The meteor that carved out the crater slammed into our planet 360 million years ago, wiping out 85 percent of all species.

And in 2001, Norwegian researchers suddenly realized that their coast had once been the scene of a similar event. A huge meteor went kaboom over Norway 150 million years ago – speaking in geological terms, right before the Great Exterminator. The explosion slammed a 40-kilometer wide bump in the seabed of the Barents Sea, the so-called `Mjoelnir Crater’. Researchers still wonder how it was possible that anything survived.

Oh, and even when humanity was around, the meteors kept hitting us. For example, according to some researchers, the legendary floods of Deucalion, the Sumerian Gilgamesh-epos and the biblical Deluge may very well have been caused by a big comet plunging into sea somewhere.

More recent, in the year 1490 A.D., the city of Ch’ing Yang in Central China was the scene of a weird disaster. The event was recorded in at least ten ancient textbooks, all claiming that the event killed many thousands of people as it `rained stones and fire’. Likely cause: an asteroid as big as a modest sky scraper, going kaboom high up in the Earth’s atmosphere.

On June 30th of 1908, a loud explosion shook the village of Tunguska in Middle-Siberia. Local inhabitants saw a huge blast of fire in the sky. There was a sudden temperature rise, and a blazing forest fire, lighting up the horizon. No less than two thousand square miles of forest were devastated. As we know now, a twelve story building sized piece of rock hit the atmosphere over Siberia and exploded at a height of some eight kilometers. The energy set free at the event was equivalent to 15 megatons of TNT — a thousand atomic bombs! 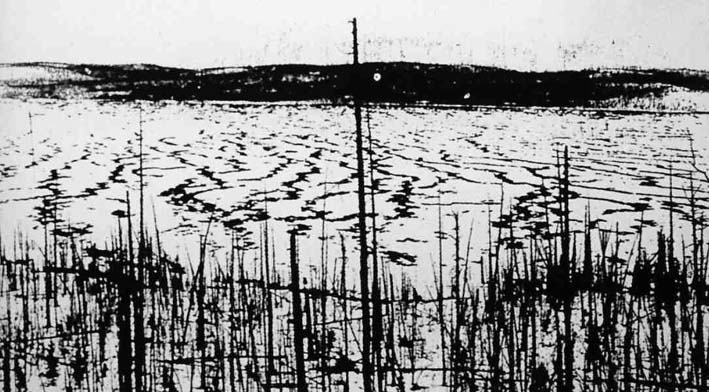 So, it’s no pessimistic estimate that our planet can bounce into a freaky piece of space rock again. Cosmologists estimate an extinction type comet hits the earth once every 20 million years. The odds for a smaller, Tunguska-type impact are much higher. On average, this kind of thing happens once in every 300 years.

Of course, the effect of a meteor impact depends on the place where it hits the Earth. The meteor that killed the dinosaurs, for example, hit a soil loaded with sulfuric rock, which enormously boosted the comet’s devastating effect. Had it hit the planet several hundreds of miles westwards, it would have plunged into the ocean — and the dinosaurs probably would have survived. On the other hand, if a Tunguska-type meteor happens to hit an inhabited area, it will definitely wipe it off the face of the Earth entirely. Considering that some 10 percent of our planet is inhabited, you could assume that once in every 3,000 years a meteorite will destroy an inhabited area.

Meanwhile, the people at Nasa try to reassure us, by claiming they keep an open eye to the sky. The message they propagate is that a meteor that wants to hit our planet surely will be spotted in time and destroyed — whether it is by a nuclear bomb or by a team of Bruce Willis-like he-men going out in a space shuttle. Errrrr, Russian rocket, since we no linger have a real launch capability. Which is another part of the bigger problem.

Dr Michjo Kaiku, cosmologist and author, once said that in order to survive long term, mankind must either fid another suitable planet and go there or we must go inside this one. We can’t go either way at this point. Only the “elite”, that is, the “controllers”, can buy those tickets. Big Brother is not going to let you or me in on that deal. When the big one hits, we’re goners.

Talking about Big One’s: in 2039, another HUGE comet will pass us by `only’ some millions of Kilometers. However, this estimate is not completely fireproof, for one thing because comets are very sensitive to variations in their trajectory. This has the potential to be a planet killer, not just an extinctor.

Here’s what to do. Put on your best helmet — and keep your fingers crossed.

Actually, I think I’ll choose the tinfoil lined crash helmet, a deep hole, and lots of dried food. Can’t be too safe… 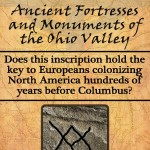 Get Rick’s book, The Graves of the Golden Bear, Ancient Fortresses and Monuments of the Ohio Valley