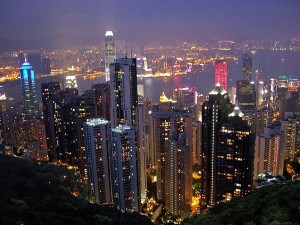 Bailiffs cleared out anti-capitalist activists and their belongings from a site underneath HSBC bank’s Asian headquarters in Hong Kong on Tuesday – ending one of the global Occupy movement’s longest-running encampments. Skirmishes broke out after bailiffs and bank guards arrived in the morning to clear out the activists, who had ignored a court order requiring them to leave by 27 August. Some were carried or dragged away and taken outside a perimeter, where they were let go. The last protester was thrown off the site in the heart of the city’s financial district by late afternoon. . . . Text posted with video at youtube