The Coldest Journey on Earth 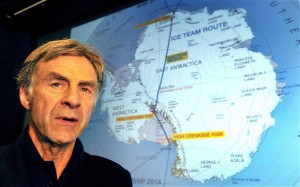 Departing at the end of the year, Sir Ranulph will lead a team of six men, including Brian Newham, Ian Prickett and Spencer Smirl, to make the first crossing of the continent of Antarctica during the Antarctic winter. This is one of the last great journeys remaining on our planet. . . . Read Complete Report

BREAKING NEWS: British explorer Sir Ranulph Fiennes is to lead the first team on foot across Antarctica during the southern winter. . . From text posted with video on youtube