Tag Archive for against 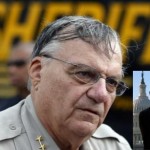 “Press TV has interviewed Alfred Lambremont Webre, international lawyer, Vancouver about US Republican Senator Rand Paul who plans to file a lawsuit against US President Obama over the NSA’s unlawful spying activities.” . . .

“Webre: This is an unprecedented and historic law suit. No class action law suit of this sort and of this magnitude has ever been brought and it’s crucial for the integrity of the US Constitution and has worldwide implications.” . . . Read complete Report with video.

Students in the UK are protesting in their thousands against police violence, defying authorities to march through London University and along the city’s streets. Pictures of an officer punching a young man in the face during a confrontation last week, sparked the latest in a week of demonstrations. RT’s Sara Firth reports from the middle of the action.

We Gather To Restore Our Freedom! Reclaim The Constitution! Repeal The Patriot Act & Abolish The NSA

“We’re Gonna Keep Fighting And We’re Gonna Pass Something To Rein In The NSA!” Congressman Amash

October 26th, 2013 in Washington, D.C. A Rally Against Mass Surveillance

From Stop Watching Us

Right now the NSA is spying on everyone’s personal communications, and they’re operating without any meaningful oversight. Since the Snowden leaks started, more than 571,000 people from all walks of life have signed the StopWatching.us petition telling the U.S. Congress that we want them to rein in the NSA.

On October 26th, the 12th anniversary of the signing of the US Patriot Act, we’re taking the next step and holding the largest rally yet against NSA surveillance. We’ll be handing the half-million petitions to Congress to remind them that they work for us — and we won’t tolerate mass surveillance any longer. . . . Go to Web Site

Featured Image: Cropped from the anti-white website “War on the Horizon” maintained by  Department of Homeland Security manager Ayo Kimathi. According to Kimathi’s website, “in order for Black people to survive the 21st century, we are going to have to kill a lot of whites – more than our Christian hearts can possibly count”. . . War on the Horizon