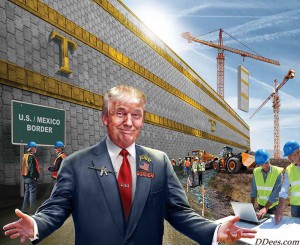 The “wall” will most likely be re-enforced precast concrete, vertical steel erected like highway noise barrier at 20′ high. Going rate (along our highways) about $1.5 million per mile. However, there is already some form of wall or barrier along some 650 miles of the border. But let’s say we wanted all the border to have nice new bight and shiny wall to make it pretty. Then the total construction would be around $2,899,000,000.00 ($2.9 Billion). Installed. Trump’s estimate was $8 to $10 Billion. And given the efficiency of government and government contractors, he’s probably not all that far off.

Of course, the wall by itself won’t be a 100% effective as a deterrent. Enforcement of existing and future policies and laws regarding immigration will be carried out by the US Border Patrol under the the management of Department of Homeland Security (another boondoggle factor, to be sure. So let’s say it costs $15 Billion.)

As to the number of Border Patrol agents required to cover 3 shifts, there are already 21,000 US Border Patrol Agents. Only about 2/3rds of those are along the Mexican border. Beginning about 2009 they have been hampered in enforcing the law by presidential decree. The agents are already trained, equipped, outfitted, and anxious to get back to doing their damn jobs. They are assisted by dogs, horses, drones, night vision cameras, night vision goggles, boats, airboats, hover craft, helicopters, planes and aerostats, thermal imagers, first rate communications arrays, ground sensors, and some of the best detection equipment the US can buy. The only thing they haven’t had in the past eight years is permission to do their damn jobs.

At the National Police Shooting Championships in 2012, Border Patrol agents placed first, second or third in each of the 29 shooting matches. Why is that important? 31 BP agents have been shot to death by illegal aliens during illegal crossings and arrests. 2 have been stabbed to death, 4 have been run over deliberately resulting in their deaths. Even the Mexican army has shot at BP agents and the Mexican army has invaded US territory at least twice in this century.

Illegal workers send (by wire transfer) $21 to $24 Billion home to Mexico (and Guatamala, Honduras, Belize, China, Russia, other) via Wells Fargo and other wire transfer every year. That’s $21 Billion REMOVED from the USGDP every year. Worse, it’s removed from local areas with highest numbers of illegal aliens. And it doesn’t include the free schooling, free health care, food stamps, nor does it reflect the estimated $150 Billion in drug money that is sent via other, less traceable means. “The Remittance Status Verification Act, introduced by then-Senator David Vitter (R-La.) in 2014 but never passed into law, would have fined senders of international cash transfers seven percent of the transfer amount if they could not show “proof of status under U.S. immigration laws.” (Source)

‘Some 90 percent of all remittances sent worldwide are in cash, rather than by electronic or bank transfer, according to Alix Murphy, director of mobile partnerships at the remittances company WorldRemit, which operates in 47 states of the U.S.”

So that means that the $21 Billion just grew to more than $200 Billion.

Build the wall and enforce the law 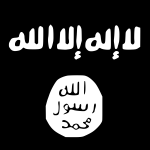 The ongoing drug war between the Mexico/US border continues to affect citizens on both sides of the fence. Although many Americans are quick to blame Mexico for the border crime, an analysis by the Center for Investigative Reporting reveals that four out of five people arrested by US Border Patrol are American citizens. For more on these findings, editor for Tijuana Press Vicente Calderon joins us with more from the border.
Find RT America in your area: http://rt.com/where-to-watch/
Or watch us online: http://rt.com/on-air/rt-america-air/