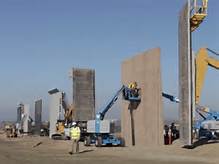 Mexico US border wall prototypes have gone to the next phase of completion. 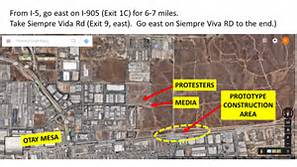 Officers are preparing for clashes

Dig a Little DEEPER: THE WALL

The debate over undocumented illegal alien immigrants in sanctuary cities and President Trump push for a Mexico border wall continues. How do Mexican drug cartels bring drugs into the US?

END_OF_DOCUMENT_TOKEN_TO_BE_REPLACED

SUBSCRIBE 2.1M
President Trump said designs for his proposed US-Mexico border wall are already in the works, telling an Iowa crowd the wall may be a solar panel energy saving wall.

Published on Jun 12, 2017
SUBSCRIBE 96K
Sustainable Technology LLC’s Bruce Blakeman on how the Trump administration can pay for the border wall with the use of solar panels.

SUBSCRIBE 32K
US Mexico border wall is going forward and now prototypes and being built and it is possible that President trump will accept a solar powered wall that will help pay for itself. 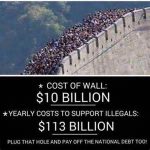