We Are Change Interviews Jason Bermas at Bilderberg 2017

15 Things You Didn’t Know About the Bilderberg Group 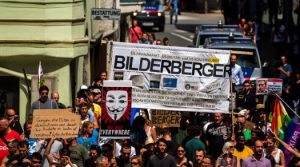 From Bilderberg To Bohemian Grove

More added as available all Day. . . You Editor Dennis Crenshaw