Tag Archive for department of justice

Florida to “Stand Ground” in Fight Against Voter Fraud! (UPDATED) 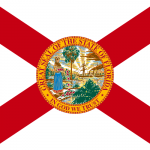 The Department of Justice thinks it can “order” Florida to stop removing illegal non-citizens from her voter registration rolls. The Sunshine State announced it will ignore the “order.”  Let’s see Barack Obama and Eric Holder back it up.

The fight over States’ rights versus the strength of an all powerful central government has been set in motion; the fuse is lit.

Since Barack Obama and his Chicago thugs forced, bribed, and tricked Obamacare into “law”, real America has been on a collision course with him.  This latest attack on our freedoms will likely only be settled by a courtroom showdown centering on whether the 10th Amendment to our Constitution has any meaning.

This powerful, 28-word Amendment is the enduring gift James Madison left us to balance the voracious appetite for power he recognized central governments always have. It says: “The powers not delegated to the United States by the Constitution, nor prohibited by it to the States, are reserved to the States respectively, or to the people.”  It is a clear and potent weapon for justice against Obama’s fraudulent charge. . . Read Complete Report

Florida to “Stand Ground” in Fight Against Voter Fraud!

Common sense may be making a dramatic recovery in the great state of Florida, if the state’s reaction to Eric Holder’s demand that Florida discontinue purging the voter rolls of fraud is any indication.

As indicated at the reference, in part, Florida has essentially told Eric Holder it will ignore his hideous attempt to institutionalize voter fraud:

“Florida says it will defy an order from the US justice department to stop purging its voter roll of people the state claims may not be American citizens. . . . Read Complete Report