Want to buy an island with a mysterious lake monster nearby? 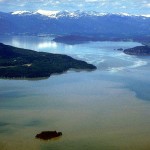 Ever wish you had your own private island to call home? Now you have the chance, for a cool $8.1 million. Even better–the island in question is located in a lake that supposedly boasts a mysterious monster. Curious? Read on.

Memaloose Island, located on Lake Pend Oreille, is up for sale. According to Private Islands Online, the property spans thirteen acres, with rural zoning, plenty of old-growth pine trees, and a small habitable cabin. Memaloose Island is one of only four islands on Lake Pend Oreille, and this is the first time in decades any of the four has been up for sale. The island is only accessible by boat, making it the ultimate private getaway . . . Read complete report