Tag Archive for Medal of Honor

Seven members of the United States Navy SEALs are reprimanded for disclosing classified material in the making of a videogame.

Category: It's a Strange World After All, Sorry to Hear That / Tags: Medal of Honor, navy, Reprimanded, Seals, Warfighter 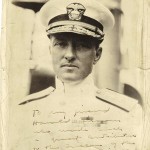