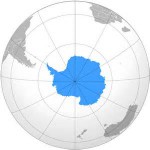 The mainstream media is reporting that suspected Navy Yard shooter Aaron Alexis carved the phrases “My ELF Weapon” and “Better off this way” into his weapon before 12 people were reportedly killed with it in a mass shooting this week. ELF typically stands for extremely low frequency, the type of waves used in everything from weather weapons to mind control devices. . . . From Description published with the video.

This is an important lecture for anyone interested in understanding how mind control works. Not only very informative but an entertaining and enjoyable presentation.

Hi-quality at: http://www.drjoesvideo.com This facinating 2 hour lecture will keep you on the edge of your seat and mind in understanding the mechanisms of your mind and the implications of applying this information to the current awakening that is happening in human consciousness.

Seven members of the United States Navy SEALs are reprimanded for disclosing classified material in the making of a videogame.

Category: It's a Strange World After All, Sorry to Hear That / Tags: Medal of Honor, navy, Reprimanded, Seals, Warfighter 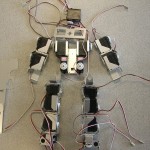 Those who never served would never understand.

“A Date that will Live in Infamy”

HONOLULU — Lee Soucy, who lived to be 90 after surviving the attack on Pearl Harbor, is finally back with his shipmates 70 years later.

Soucy passed away just last year. On Tuesday, seven decades after dozens of fellow Sailors were killed when the USS Utah sank on Dec. 7, 1941, Navy divers took a small urn containing his ashes and put it in a porthole of the ship.

The ceremony is one of five memorials being held this week for servicemen who lived through the assault and want their remains placed in Pearl Harbor out of pride and affinity for those they left behind.

“They want to return and be with the shipmates that they lost during the attack,” said Jim Taylor, a retired Sailor who coordinates the ceremonies.

The memorials are happening the same week the country observes the 70th anniversary of the aerial bombing that killed 2,390 Americans and brought the United States into World War II. A larger ceremony to remember all those who perished will be held Wednesday just before 8 a.m. Hawaii time — the same moment the devastating attack began.

For the rest of this AP story, please  CLICK HERE