Category: Conspiracy Boogie, Fighting Back / Tags: Be Your Own, camera, Carlos Miller, crime, media, not, photography 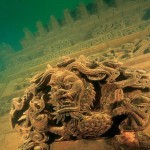