Never seen a beer or whisky corporation do anyting like this.  But then, I almost forgot, Beer Companies need to save their money to advertise at NASCAR. . . EDITOR

“While much of the city is focused on rebuilding, the giveaway is an effort to help “stressed out recreational users” who may have lost their stashes to flooding.” . . .

. . . “”I wish I could have gotten a bigger one because there were blunts in there,” said recreational user Janet Osborn, 27, at the Denver event. “I got probably the smallest one. But it’s OK. It’s free.””. . . Read Complete Report

“You’re dealing with losing your homes. You’re underwater here in this place. And unfortunately, some of your marijuana might have been ruined by this water. So we’re gonna give you some nice, dry, dank weed to bring relief to yourselves,” said Rob Corry, Denver-based marijuana activist who helped draft Amendment 64, the measured that legalized the recreational use of cannabis for adults 21 and over. 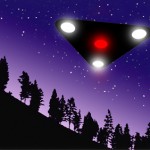