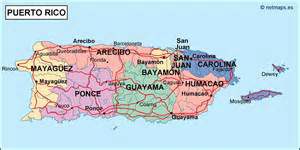 Eyeballing the US Involvement in History of Puerto Rico

The Last Colony – A Brief History of Puerto Rico’s Status

In 1898, the United States invaded and colonized Puerto Rico as part of the Spanish American War. For 114 years the people of Puerto Rico have maintained a polarizing debate on the STATUS ISSUE that has been front and center of the political discourse on the Island. Puerto Ricans (American citizens since 1917) constantly dispute between the options of Statehood, Independence and Commonwealth. On November 6, 2012 the people of Puerto Rico held the fourth plebiscite in the Island’s history to try to redefine the political relationship with the United States. Weeks before the plebiscite vote, filmmaker Juan Agustín Márquez traveled back to his homeland and interviewed leading politicians, historians, sociologists, and economists to dissect the status debate in a multilayered conversation about the pros and cons of each option on the ballot. His mission: To explain the status debate to the people of the United States, Congress and the President, and bring the American people up to date on this century old question: Will there be a change in status in America’s Last Colony?

Puerto Rico’s massive debt has been discussed at length in Congress and the media, all omitting the most important fact: the history of being a colonial subject for over 500 years, still owned and controlled by the United States. Abby Martin talks to two professors of Latin American studies, Luis Barrios and Danny Shaw, about the long struggle of Puerto Rico to break the shackles of US and Spanish colonialism—from indigenous resistance to the Young Lords in Harlem. Learn how the US Empire obscures the island’s colonial status today, who really is responsible for the so-called “debt crisis,” and how it can all be solved.

War Against All Puerto Ricans: Inside the U.S. Crackdown on Pedro Albizu Campos & Nationalist Party

http://democracynow.org – Commemorations are being held today to mark the 50th anniversary of the death of Pedro Albizu Campos, popularly known to many as Don Pedro, the former head of the Nationalist Party and leader of the Puerto Rican independence movement. Albizu Campos spent some 26 years in prison for organizing against U.S. colonial rule. He was born in 1891, seven years before the U.S. invaded the island. He would go on to become the first Puerto Rican to graduate from Harvard Law School. Once he returned to Puerto Rico, he dedicated the rest of his life to the independence movement, becoming president of the Puerto Rican Nationalist Party in 1930. It was a position he held until his death in 1965. In 1936, Albizu Campos was jailed along with other Nationalist leaders on conspiracy and sedition charges. His jailing led to protests across Puerto Rico. On Palm Sunday, March 21, 1937, police shot and killed 21 Puerto Ricans and wounded over 200 others taking part in a peaceful march to protest Albizu Campos’ imprisonment. The event became known as the Ponce massacre. After his eventual release, Albizu Campos was arrested again in 1950, just days after a Nationalist revolt began on October 30. Pedro Albizu Campos would spend almost the rest of his life in prison, where he repeatedly charged that he was the subject of human radiation experiments. We hear Albizu Campos in his own words and speak to three guests: Rep. José Serrano (D-NY); Nelson Denis, author of the new book, “War Against All Puerto Ricans: Revolution and Terror in America’s Colony”; and Hugo Rodríguez of the Puerto Rican Independence Party.

The Truth Behind Puerto Rico’s Debt

http://democracynow.org – On June 30, President Obama signed into law the PROMESA bill, which will establish a federally appointed control board with sweeping powers to run Puerto Rico’s economy. While the legislation’s supporters say the bill will help the island cope with its debt crisis by allowing an orderly restructuring of its $72 billion in bond debt, critics say it is a reversion to old-style colonialism that removes democratic control from the people of Puerto Rico. But does Puerto Rico really owe $72 billion in bond debt—and to whom? A stunning new report by ReFund America Project reveals nearly half the debt owed by Puerto Rico is not actually money that the island borrowed, but instead interest owed to investors on bonds underwritten by Wall Street firms including Goldman Sachs, Citigroup, Merrill Lynch and Morgan Stanley. While the Puerto Rican people are facing massive austerity cuts, bondholders are set to make mind-boggling profits in what has been compared to a payday lending scheme. For more, we speak in San Juan, Puerto Rico, with Carlos Gallisá, an attorney, politician and independence movement leader. And in New York, we speak with Saqib Bhatti, director of the ReFund America Project and a fellow at the Roosevelt Institute. He is co-author of the new report, “Puerto Rico’s Payday Loans.”

Mike Papantonio exposes Santander Bank for defrauding investors in Puerto Rico through a massive municipal bond scheme and speaks with attorney, Peter Mougey, about how Santander was able to pull off this scam and why no one was sent to prison as a result.

Puerto Rican Economy Gets Screwed By Big Banks; Same Thing Is Happening In U.S. – The Ring Of Fire

Bernie Sanders recently called for an investigation into crimes of the banks that helped sink Puerto Rico’s economy. But most Americans had no idea what he was even talking about. The crisis in Puerto Rico, however, is one that we all need to be paying attention to, because Wall Street is trying to do the same thing here in America. Ring of Fire’s Farron Cousins discusses this with securities attorney Peter Mougey.

Published on Aug 13, 2015
New austerity measures are imposing more economic pain on U.S. territory Puerto Rico, which already has a poverty rate almost double that of America’s poorest state. In turn, many are deciding to leave the island for better opportunity and pay in the states. Special correspondent Chris Bury reports on the human toll of the debt crisis.

Published on May 9, 2017
http://democracynow.org – Puerto Rico has announced plans to close 179 public schools just days after filing for a form of bankruptcy protection, seeking to restructure $123 billion in debt and pension obligations, in the largest local government insolvency in U.S. history. The move is likely to slash money for healthcare, pensions and infrastructure. The territory petitioned for relief under Title III of the PROMESA law, which recognizes that Puerto Rico is not part of any state and must in some ways be treated as sovereign. Puerto Rico is legally barred from using Chapter 9, the bankruptcy route normally taken by insolvent local governments.

Propaganda: (Help Puerto Rico pay the Bankers their High Interest Rates keeping the people of “The Hidden Gem of the Carribbean” in debt and poverty) 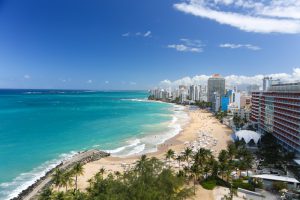 Visit Puerto Rico, the hidden gem of the Caribbean!

Check out a promotional video made by the Puerto Rico Tourism Company. For more information, visit www.seepuertorico.com