More than 3,000 never-before-seen documents from the FBI, CIA, and Justice Department on the assassination of John F. Kennedy are scheduled be released, with many experts fearing that such a large release of secret JFK assassination documents will spur “a new generation of conspiracy theocmplete Reportries.”

According to Roger Stone, the CIA is urging President Donald Trump to delay disclosing some of the files for another 25 years. . . . Read Complete Report 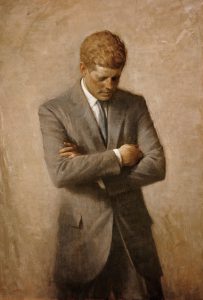 I’ve always been suspect of the Zapruder Film. Why did he just happen to be standing so that part of the action took place behind a convenient road sign?  And most important, of all the filming by private citizens in Daley Piaza why was Zapruder able to sell his film to Life magazine and present it to the world while all the other films were collected by government agencies and never released? . . . Your Editor Dennis Crenshaw

Seb Menard
In light of NEW investigation, the Zapruder Film has without a doupt been altered by the CIA in the days after the JFK assassination to hide evidence of a conspiracy. Legendary CIA photo interpreter Dino Brugioni says it was. In this film, Brugioni speaks for the first time about his examination of the film at the CIA’s National Photographic Interpretation Center on the Saturday evening after the assassination. As researcher Doug Horne discovers, Brugioni was not aware of a second examination of the film at NPIC the following evening by a completely different team and believes the Zapruder Film in the archives today is not the film he saw the day after the assassination. Drawing on Volume 4 of his book Inside the ARRB, Doug Horne, former chief analyst of military records at the Assassination Records Review Board, sets the scene for his interview with Brugioni and presents his disturbing conclusions.

SUBSCRIBE 2.9K
Watch as the two secret service men assigned to protect president Kennedy’s motorcade are ordered to stand down just minutes before entering Dealey Plaza. They are obviously not happy about being given these orders

END_OF_DOCUMENT_TOKEN_TO_BE_REPLACED 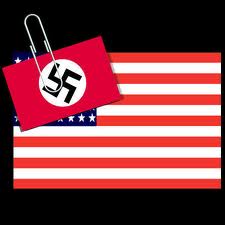 This longer video reopens the shocking details discovered by Russ Baker about the JFK Assassination.

A thorough, documented, criminal indictment of George Herbert Walker Bush, establishing beyond a reasonable doubt as a supervisor in the conspiracy to assassinate John F. Kennedy. If we could present this evidence to a jury in Texas, he would pay with his life.

This video has been made by the hard work of John Hankey.

Click this link to visit the JFK Assassination Forum
http://www.jfkassassinationforum.com