Former Prosecutor Gets Arrested to See The Other Side of U.S. Criminal Justice System

This is getting incredible. In the past few months kids have been severely punished for bringing water pistols, cap guns and now for wearing a T-shirt to school.  And at the same time the federal controlled “educational system” are teaching less and less.

When are our so-called educators going to stop worrying about such left-wing scare tactics against our children and start teaching our kids the basics to make it in this world? Of course I know the answer. When we get the Federal government and their propaganda  and agenda out of the picture and go back to the individual states and cities running their individual school districts.. . EDITOR

The West Virginia eight-grader arrested and suspended over his National Rifle Association T-shirt with an image of a firearm is now facing a $500 fine and a year in jail.

A judge is allowing prosecutors to move forward with charging Jared Marcum, 14, with obstructing an officer, WOWK-TV reported.

Marcum got into an argument with a teacher over his “Protect Your Rights” NRA shirt at Logan Middle School in April. He was arrested for disturbing the education process and for obstructing an officer — the latter, according to court documents obtained by WOWK, because Marcum refused to stop talking, thus hindering the arresting officer from doing his job. . . . Read Complete Report

Adam Kokesh, the veteran who has been planning an armed march on Washington, D.C. has been arrested for another act of civil disobedience.
Earlier today, a post was made on Adam Kokesh’s official Facebook page that he had been arrested in Philadelphia during a “Smoke Down Prohibition” event. Kokesh has attended all four previous “Smoke Down Prohibition” events and was continuing this trend by participating in the fifth today.

Adam Kokesh Arrested at Smoke Down Prohibition in Washington, DC

During the Smoke Down Prohibition civil disobedience event Joint Summit with President Choom Adam Kokesh was arrested. This happened in Washington, DC on June 8, 2013. 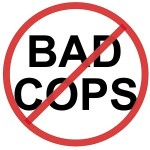 Tommy Russo publishes the Maui Time weekly newspaper in Maui, Hawaii, and he has a history of police encounters due to his independent style of journalism.

This week he was arrested for the second time in the past year, this time for recording a police checkpoint which was set up to collect revenue from people who had minor code violations with their vehicle or registration. . . . Read Complete Report