Tag Archive for you

Oil, Conspiracy, and You: Digging Deeper

Featured Image: The pumpjack, such as this one located south of Midland, Texas, is a common sight in West Texas. Credit: Eric Kounce TexasRaiser.  Wikipedia (Public Domain)

Is there any truth to all the claims about oil conspiracies, peak oil, alternative energy suppression and OPEC price-fixing?

The Resident: Screw Facebook Before It Screws You (Video Report)

There are so many reasons to not use Facebook: governments frequently use it to gather intel on us, hackers and thieves use it for ill means, extreme political factions use it to spread propaganda: but we all still use it. We are addicted. Two MIT candidates have a solution for how to break out addiction: the Pavlov Poke. The Resident (aka Lori Harfenist) discusses.

Category: Sorry to Hear That / Tags: Before It Screws, Facebook, Screw, The Resident, you

You Trust The Federal Government? (Editor; “I pity the Fool.”) (youtube) 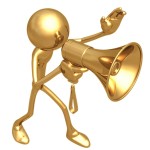 How Would You Like Your Assistant – Human or Robotic?

Roboticists are currently developing machines that have the potential to help patients with caregiving tasks, such as housework, feeding and walking. But before they reach the care recipients, assistive robots will first have to be accepted by healthcare providers such as nurses and nursing assistants.

Based on a Georgia Institute of Technology study, it appears that they may be welcomed with open arms depending on the tasks at hand. . . . Read Complete Report

Category: Robotics / Tags: Human, like, Robotic, you, Your Assistant 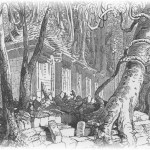 [HINT – To watch in the order the videos were posted start at
the bottom and work up. Best if watched in FULL SCREEN Mode.]

From Shangri-La to Cuidad Blanca and the legendary desert city of Ubar, human civilization is full of stories about legendary lost cities. But is there a grain of truth in any of these myths? Listen in to learn more about lost cities and archaeology in the first part of this series.

Time travel is an ancient concept (it even occurs in the Hindu epic The Mahabharata) but could it really happen? Could a person physically travel through time? The first part of this Stuff They Don’t Want You To Know series examines the accounts of some people who claim to have seen physical time travel – or to have traveled through time themselves.

Please help our new campaign for a full length documentary on this amazing phenomenon… Go to http://www.indiegogo.com/helpmefindfor more information :))

Category: It's a Strange World After All / Tags: body, Chaplin's, Charlie, Know, stuff, the, They Don't, time, to, Travel, Traveler, video report, Want, you