Former Prosecutor Gets Arrested to See The Other Side of U.S. Criminal Justice System 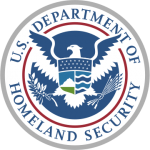 From the New York Daily News

The state Senate approved the measure, 42-4. The action sends the bill to Gov. Martin O’Malley, who indicated he is likely to sign it. . . . Read Complete Report

And, if luck and changing laws cooperate, they’ll be drug barons of a certain kind. . . . Read Complete Report

By William Breathes in Culture, News

What do P-Diddy, Cameron Diaz, Nicki Minaj, Ron Howard and Mark Wahlberg all have in common? Aside from being ridiculously famous and wealthy, they all support the reformation of drug laws in this country. More than 175 actors, artists, athletes and elected officials signed on to an open letter to President Obama today, asking him to change our drug policy laws from punitive, harsh jail times to one that favors evidence- based prevention and rehabilitation. . . . Read Complete Report

For 21 years, Palos Park attorney James Gierach has been trying to convince elected officials and the public that the war on drugs is a failure. . . . From discription published with video.

On Friday, April 5th, Governor Steve Beshear of Kentucky stated that he will let Kentucky’s industrial hemp measure become law without his signature. Gov. Beshear had expressed concerns that marijuana growers could hide their illegal growing operations with hemp plants. Despite his concerns, he allowed the measure to become law without his signature and did not veto the legislation. . . . Read Complete Report

Bill to Legalize and Regulate Marijuana Introduced in Alabama

Many traditionally write off the Southern United States as an area dead to cannabis law reform, but one Representative is behind a new effort that can change all of that. . . . Read Complete Report

from Norio Hayakawa at: http://noriohayakawa2012.blogspot.com

Construction of this former underground nuclear storage facility began exactly in 1947. It was created to store nuclear weapons/materials such as warheads, etc. (although some people say it also kept under secure storage some “other sensitive items”). . . . Read Complete Post