Featured Image: Another one of the millions of uses of the hemp plant. Hempcrete CREDIT: Olivier Dupont SOURCE Wikipedia Commons (Public Domain)

Using waste hemp fibers as the starting material, researchers at the University of Alberta in Canada have developed a high-performance electrode material for supercapacitors at one thousandth the cost of the more commonly used graphene. The advance could lead to supercapacitors that are both cheaper and able to operate under harsh environmental conditions.

Despite a bad reputation, hemp is a truly remarkable plant. It can be grown on the cheap, requiring very little care even in very cold and dry environments, and has many uses, ranging from construction material to clothing, bioplastics, and even biofuel creation. . . . Read Complete Report

Hemp For Victory (1942)
Hemp For Victory is a 1942 film documentary made to encourage farmers to grow hemp during World War 2 because other industrial fibers, often imported from overseas, were in short supply. The film shows a history of hemp and hemp products, how hemp is grown, and how hemp is processed into rope, cloth, cordage, and other products. 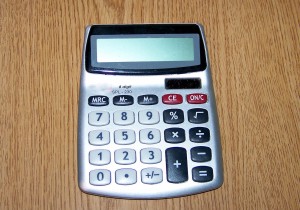 If you look up at a power line in a few years and see something skittering along the wires, it (hopefully) won’t be a mutant crab monster, but a powerline inspection robot costing less than US$1,000. A prototype of such a robot, called SkySweeper, was presented this month at the University of California San Diego (UCSD) Jacobs School of Engineering’s Research Expo. The robot was built with off-the-shelf electronics and plastic parts printed on an inexpensive 3D printer. . . . Read Complete Report