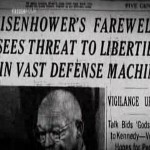 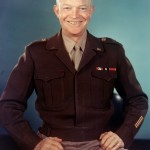 from The UFO Chronicles

No, not the EBD (Easy Back Door) to the coverup that UFO believers tout – you know the one that came on a roll of film from source “anonymous”, but the real President Elect Eisenhower briefing as explained in the following ORIGINAL documents from the Truman Presidential Library. Armchair researchers – start your speculation engines. . . Read Complete Report w/ original documents