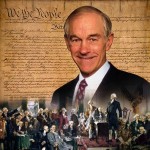 Seems like the whole goal of the controllers is to have 4 more years of leftist agenda. We need a libertarian in there. Until we have that… let the hairy side drag.  . . . EDITOR

Seventeen Ron Paul delegates from Massachusetts have been disqualified from the Republican National Convention in Tampa, Florida. The motion comes after the 17members refused to sign an affidavit that would back Mitt Romney at the RNC.Never in the history of the party have delegates been required to sign the document,so why now? Austin Petersen, director of production for Freedom Works, joins us for more. . . . Posted with video to youtube

Invest here to support ADAM VS THE MAN!
http://adamvstheman.com/invest

And on to the Democrat Convention,  This should be interesting, see ya there . . . EDITOR 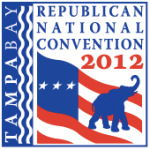 UPDATE: More posts and video’s of the preparations for the GOP convection by all concerned will be added at end of the page if I run across pertinent information . . . EDITOR

The city of Tampa has undergone a major makeover in anticipation of the RNC. More than $43 Million is estimated to have been spent on improvements to the city.

RNC/DNC Cities Will be Police States

Published on Apr 24, 2012 by ConstitutionDefence

from the Daily Loaf (Tampa)

Published on Mar 25, 2012 by NewSchoolDonatello1

Anonymous Prepare For RNC 2012 We Are Legion

The Tampa Police Department demonstrated the equipment and tactics they will use during the Republican National Convention during a simulated protest turned riot for Tampa business leaders and press at the Tampa Police Academy on August 16, 2012.

Be prepared for a different type of high-tech, highly organized protester at the Republican National Convention this year.

In what appears to be the most digitally advanced protest initiative to date, occupiers have put together an interactive app to help rabble rousers find the hotels where RNC delegates are staying, the private residences of local politicians and businesses that they deem ‘Institutions of Slavery.’

According to Blaze research on the main Occupy RNC site, Tampa is being considered an all out war-zone by the protesters. . . . Read Complete Report